Four Tests for the New Government 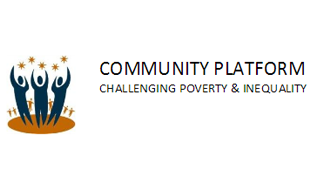 Test 1: Will the Government redistribute income towards the poorest 20% of the population?

Test 2: Will the Government strengthen access to quality employment?

Test 3: Will the Government restore and strengthen public services which are of particular importance to people on low income?

Test 4: Will the Government support mechanisms to ensure that all areas of policy and decisions work to reduce poverty and inequality?

Now you see us 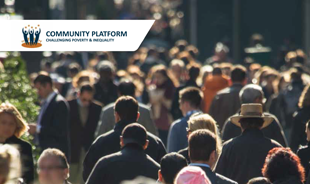 Today a new report by a network of 30 leading Irish national organisations working against poverty and inequality highlights the Government’s failure to protect the most vulnerable in society. It warns that the dual attack of unemployment and relentless cuts at national and local level has pushed individuals, families and communities into poverty.

Paying our way: Proposals for a progressive tax system 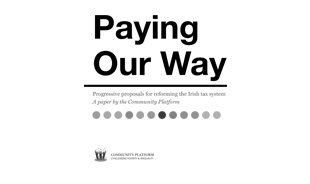 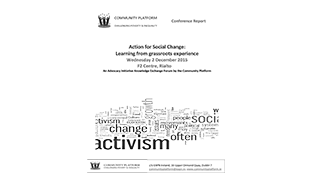 This conference was organised by the Community Platform as a Knowledge Exchange Forum under the Advocacy Initiative.

Workshop facilitators used the case studies to lead discussions among participants on how we can strengthen our grassroots advocacy work.